Deportation, otherwise known as removal, is the process by which an immigrant is formally removed from the United States because of breaking immigration laws or committing crimes. An immigrant who does not have lawful permanent resident (i.e. green card) status can face deportation even for very minor offenses. In some cases where crimes are committed, even green card holders may face deportation. 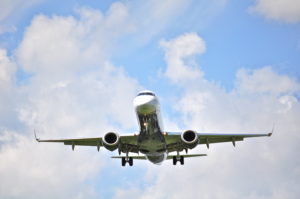 Deportation from the United States is a complex process. A division of the Department of Justice, the Executive Office for Immigration Review (EOIR) is also involved in addition to U.S. Citizenship and Immigration Services (USCIS). The EOIR oversees the immigration court proceedings and hearings.

When an immigrant is to be removed from the United States, they have some legal options, if they are eligible. They might be able to avoid having to be deported if they qualify for a discretionary relief or an administrative or judicial relief.

To qualify for a type of relief an immigrant must convince the immigration judge that they do not merit deportation. They must prove that they have not committed any crimes, have maintained good moral character for at least ten years, and have stayed in the United States for at least ten years. Some immigrants do not qualify for a type of relief. They might have either been suspected or convicted of espionage or terrorism, broken criminal laws, or broken immigration laws among other forms of wrongdoing. Some of these crimes will not allow the immigrant to return to the United States in the future.

Deportation is a complex legal matter. Green card holders and visa holders do not have the same legal options as a citizen of the United States.  If you have been notified of deportation or might be subject to deportation in the future, you should consult an immigration attorney. At Raheen Law Group, we can help you understand your legal options and represent you throughout the complicated deportation process.