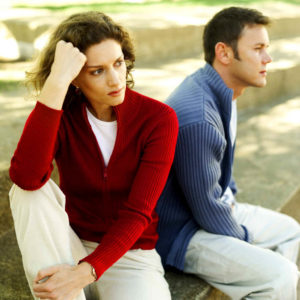 Under Virginia divorce law, a final divorce decree can be obtained only upon proof of the existence of one of the divorce grounds.  Divorce could be obtained based on four fault grounds and a no-fault ground based on separation.

A final divorce may be decreed on grounds of adultery, sodomy, or buggery committed outside the marriage.  There is no waiting period required for a case based on this ground.  However, proving adultery could be difficult.  It is generally required that the time, place and circumstances of the act be stated.

Divorce based on felony conviction could be obtained if four situations are present: (1) following the marriage, either the husband or the wife is convicted of a felony; (2) the convicted party is sentenced to confinement for more than one year; (3) he/she is subsequently confined for that felony; and (4) cohabitation has not been resumed after knowledge of the confinement.  There is no waiting period for obtaining divorce under this ground.

A final divorce decree could be obtained based on cruelty or reasonable apprehension of bodily harm.  Acts of physical violence or conduct that endangers the life, safety or health of the innocent spouse will be considered cruelty.  Other things that might be considered cruelty are abusive language, repeated neglect, and humiliating statements.  While generally cruelty is proven by showing succession of acts, a single act of cruelty might suffice if it is very serious.  This ground is available only after a period of one year has passed from the date of the act.

A divorce could be obtained based on a claim of desertion or abandonment only after one year has elapsed since the abandonment.  To obtain a final divorce decree on this ground, it must be shown that the abandoning party actually broke the matrimonial cohabitation and intended to desert his/her spouse.  Desertion does not exist when husband and wife mutually agree to separate.  Desertion could also exist if a spouse refuses to engage in sexual intercourse, without justification, and other significant marital duties are not fulfilled.

5.  No-Fault based on Separation

A final divorce decree extinguishes all contingent rights of either spouse in the other spouse’s real and personal property then existing, or thereafter acquired.  It converts any estate by the entirety (the type of title held only by spouses) into a tenancy in common; thereby, subjecting it to creditors’ claim.  Only after a final divorce decree is entered, that either party is free to marry someone else.

At Raheen Law Group, we understand that the divorce process could be emotional and stressful.  We believe that the consequences of divorce cannot be overstated.  Divorce affects you, your children, your financials, your religious beliefs, and at time your immigration status.  We believe that the decision to divorce is not an easy one and should not be made cavalierly.  At times, many differences between spouses could be resolved.  However, if a relationship is intolerable, then it is beneficial for both spouses (and even the children) to go their own separate ways.

If you wish to speak with us about your situation, please contact us for a consultation.