Domestic violence (also referred to as family abuse) cases are urgent issues that require the advice of an experienced attorney. If domestic violence cases are not addressed quickly or properly, they may result in significant permanent damage, especially if children are involved. 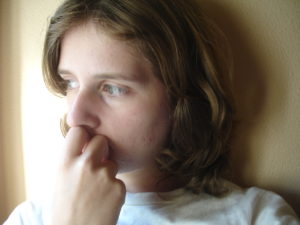 Assault is defined as the threat of violence and battery is physical violence. Stalking is a series of behaviors that result in another person or family member having reasonable fear of death, injury, or rape. The Virginia State Attorney General defines rape as occurring in the following scenarios: when someone has sexual intercourse with a person under threat or forcible conditions, when someone forces someone else to have sexual intercourse with that person under threat or forcible conditions, or a situation where someone takes advantage of a minor, a physically helpless person, or mentally incapacitated person in order to have sexual intercourse.

According to Section 16.1-228 of the Code of Virginia, family abuse is “any act involving violence, force, or threat including, but not limited to, any forceful detention, which results in bodily injury or places one in reasonable apprehension of bodily injury and which is committed by a person against such person’s family or household member.”

If you’re being threatened, or sexually abused, or physically hurt by a family member or member of household you have several ways to receive legal relief from a Virginia court. Traditional criminal laws can be applied to domestic violence cases. There are also civil remedies as well. The most common solutions include: filing criminal charges, in cases of spousal abuse filing a civil lawsuit and receiving a protective order form the court, or filing both a family abuse civil case in court and an assault case (criminal case) through a magistrate.

If you or your children have been victims of a domestic violence issues, Raheen Law Group can help you weigh all your legal options and assist you in moving forward. Raheen Law Group also has the experience to assist you if you believe that you have been wrongfully accused of a domestic violence issue. If you wish to speak with us about your specific situation, please contact us for a consultation.