Child custody issues are among the most difficult emotional disputes that parents can go through. Sometimes, one parent tries to alienate the other parent or seek to make arrangements that are not in the child’s best interest. Often times, one side is not satisfied with the proposed arrangement. Other times, a parent has legitimate reasons to keep the child away from the other parent. In any case, the advice and help of an attorney would be indispensable.

Regardless of the specifics of the case, it is of up-most importance that decisions regarding a child’s custody arise from the best interests of the child involved. If the parents of the child are unable to reach an agreement concerning their child, they can either work through a mediation process or they can authorize their attorneys to negotiate a fair custody agreement.

Under Virginia child custody laws, the courts have the authority to prevent a parent from seeing the child if the parent of the child was convicted of a serious crime. These crimes include but are not limited to: murder, voluntary manslaughter, felony attempt, felony assault, and felony sexual assault.

If a Virginia court is requested to resolve a child custody dispute, the court will require both parents to participate in an educational session designed to help them appreciate their responsibilities and understand the consequences of their separation or divorce on their child. It is important to note that one parent’s anger toward the other parent in such a dispute can have negative effects on the child. In all cases, the interests of the child are of up-most importance and it is best to avoid the child as a go-between for communication between the two parents. The court can conduct an evidentiary hearing and decide the dispute through prompt adjudication based on the interests of the child, if the dispute is left mutually unresolved by the parents. In reaching a decision, the court should preserve the dignity and resources of family members involved and encourage the parents, if appropriate, to share in the responsibilities of rearing their children. Toward that goal, the court can award sole, temporary, joint or split custody. 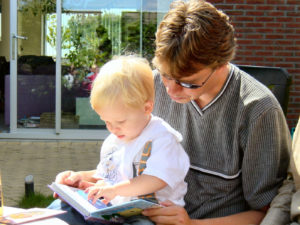 Temporary custody is custody for a period of time or temporary custody can refer to who actually has custody at the time. Sole custody consists of legal and/or physical custody. Usually a person awarded sole custody has both legal and physical custody. Legal custody allows a person to make long term plans and important decisions for the child. Physical custody allows a person to have the child physically live with them and allows that person to make decisions only in regards to the child’s everyday needs. Split custody refers to two or more children who are split between the two parents, allowing each parent to have custody of a specified child, not both or all of the children. Joint custody refers to a situation where both parents are allowed custody and allowed to make all or some decisions for the child.

In all of the above-mentioned scenarios, an experienced attorney can make a big difference. An experienced attorney can help you navigate through these hurdles to reach your desired destination. Raheen Law Group has experience in helping parents with child custody issues. If you are involved in a dispute over child custody and you wish to speak with us about your situation, please contact us for a consultation.