Contract disputes happen regularly, regardless of what type of contract the parties agreed to. The performance of a contract is essential for businesses to continue their day-to-day work. All business owners seek to run a smooth business, but sometimes problems arise with one side’s obligations under the terms of the contract. When a party fails to fulfill their obligations under a contract, this is referred to as a “breach of contract.” When the dispute is not resolved between the different sides, one party may want to file a lawsuit to enforce the contract and recover any damages caused.

In order to have the courts consider a breach of contract, first there must be evidence that the contract was valid. A contract is valid when all of the following conditions are in place: there is an offer, sometimes there is a counter-offer, there is an acceptance of the offer, the contract does not contain parts that violate the law, there is mutual assent between the two sides, and each side receives something of value. There must also be legal grounds to sue under the state law and the timing must be legal in regards to the state’s statute of limitations which forbid a wronged party from taking legal action on a contract after a certain number of years has passed. 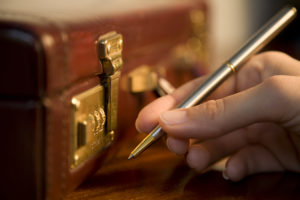 However, it is important to note that the courts do not automatically grant an award to all breaches of contract. A good contract litigator can work to win a judgement and provide some relief to the wronged party.

If you need help enforcing a contract or defending your business from an alleged breach of contract, contact us for a consultation.